What is the average American male’s height?

As of the time of this writing, American has a population of over 332.4 million. The male population accounts for around 49.1%.

According to United States Bureau of Statistics, average height for an American male is 176 cm in 2023.

An average American man’s height is considered relatively tall compared with other countries in the world. Recent years’ male height ranking data (2009-2019) shows American men’s height has gone from 41st place to 47th place, slightly dropped 6 position in the world men’s height ranking. Average height has grown from 175.5 cm to 177.0 cm in 10 years period.  The growth rate is very modest compared with the rest of the world. 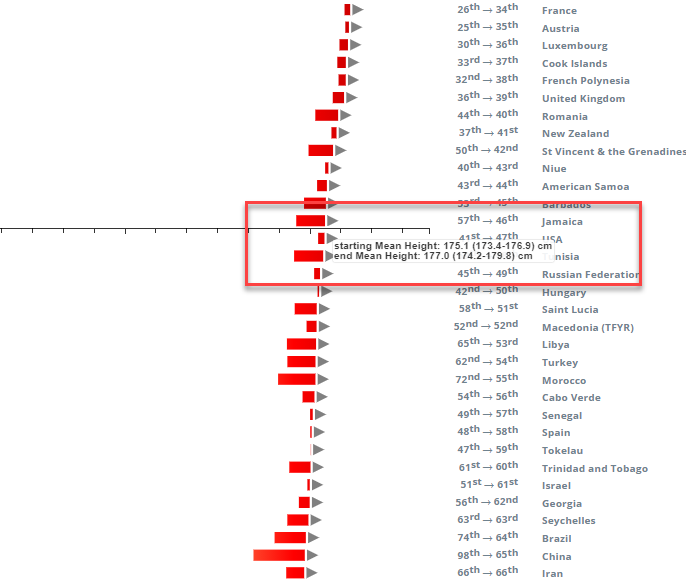 What are the health issues associated with height?

What are the factors that will impact a male’s height?

There are many factors that can affect height, and it is important to understand how they work to fully grasp how height is determined.

A person’s body grows because of several processes that are regulated by hormones and DNA. The growth plates in a person’s bones are responsible for increasing height, yet these plates can only extend so far before stopping. As a result, some people cease developing at various phases of their lives more than others. According to data, elderly people are shorter on average than younger adults.

Genes are not the sole element that influences a person’s height. There are several lifestyle factors that contribute to some boys’ inability to grow taller.